The AGM-114 Hellfire is an anti-tank missile of US origin. It was developed by Lockheed Martin in the late 1970s to replace the TOW as the primary helicopter launched anti-tank missile. The name Hellfire stands for HELicopter Launched FIRE-and-forget. Compared to the TOW the Hellfire has a longer range, a higher velocity, a much more powerful warhead and better accuracy.

The Hellfire is a relatively short and thick missile with four small fixed wings at the front and four longer fixed wings with small control vanes at the rear. The layout is conventional with the guidance section at the front, the warhead in the middle and the solid fuel rocket motor at the rear. Except for the millimeter wave seeker on the AGM-114L all Hellfire are semi-active laser guided.

The Hellfire is a very capable anti-tank missile that will destroy any armored target. Penetration is believed to be around 1.000 mm RHA for the AGM-114K with tandem shaped HEAT warhead. A variety of warheads for use against soft targets have been developed as well. The 7 to 9 km range provides a standoff range against most anti-aircraft guns and MANPADS. Accuracy has proven to be very good.

The Hellfire was originally intended to be launched from helicopters such as the AH-64 Apache, AH-1 Super Cobra, A-129 Mangusta, OH-58D Kiowa Warrior, RAH-66 Commanche and various others. Fixed wing platforms include the Cessna 208, Super King Air, KC-130 and various drones such as the MQ-1B Predator and MQ-9 Reaper. Other applications include a single rail tripod mounted coastal defense system and the Combat Boat 90 assault craft.

The main user of the Hellfire is the US military and many Hellfires have been effectively used in a variety of conflicts since the 1980s. The Hellfire has been exported to various Western nations and other nations with close ties to the USA. 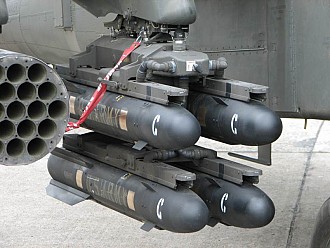 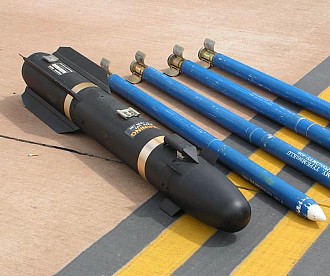 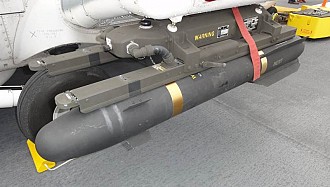